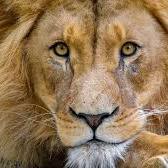 I wonder if there is a correlation between the side someone takes in "tabs vs. spaces" and the side they take in "dynamic linking vs. static linking." The results of the following poll ought to give some answer. Boost if you're curious to get an accurate answer.

Which pair of sides are you on? If you don't feel strongly about one of the wars, just go with what you're leaning toward. @philipwhite As much as I dislike Go's syntax, I love their solution to the code style debates. There is a single canonical format and the compiler ships with a formatter as well. @sjb I disagree. See, static and dynamic linking both have their uses, but not so with cheese and burger. Cheese is good by itself, and burgers are great, but I NEVER put them together.

My cheeseburgers occur when a program sends code to a compiler to make a new DLL on the fly that is then loaded in, but the rest of the program is normally statically linked.

The other one is when the Win32 API only contains half of the %^&* OpenGL API, and I have to load the remaining half using an extension mechanism (DLLs again). @philipwhite Interesting results. It looks like there isn't a strong correlation one way or another and I think the reason why dynamic and spaces won out is because that's the most common in mainstream languages.

@jbauer @philipwhite Isn't dynamic/static somewhat independent of the language, or is that only the case for C/C++?

@sjb @philipwhite It is independent of the language for the most part except that some environments or languages strongly encourage doing things one way or another.

In most operating systems though, dynamic linking is the preferred way to distribute packages and in super popular languages like C++, dynamic is the default.

@jbauer @philipwhite I like the idea of static linking + deduplicating filesystem.

Every executable contains everything it needs, but the filing system combines all redundant copies.